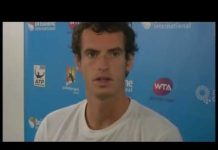 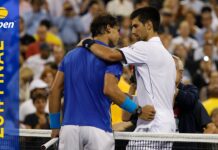 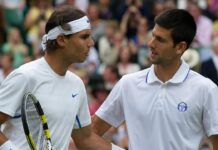 New No.1 Djokovic joins greats with fairytale win over Nadal in Wimbledon final 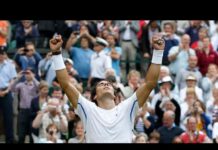 Rafa staking his claim as one of the all-time greats! 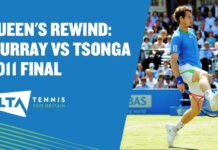 When Will Smith smacked Oscars MC Chris Rock, for a tasteless joke about his wife’s medical condition, I put his reaction right up there with Eric Cantona seeing red when he kung fu kicked a hooligan.

The shame is that last night’s ‘big slap’ overshadowed Smith’s Oscar winning performance in ‘King Richard’, the epic biopic about the father of tennis icons the Williams sisters.

When Smith eventually got up to accept the award for Best Actor – his first ever Oscar – he wiped away tears as he apologised to the Academy for the incident and said: “Richard Williams was a fierce defender of his family.”

Smith thanked Venus and Serena Williams and their family for entrusting him to help tell their father’s story. And he also thanked fellow nominee Denzel Washington. “What Denzel said to me a few moments ago, he said, ‘At your highest moment, that’s when the devil comes for you. “

What lit the fuse was when Chris Rock made fun of Jada Pinkett Smith’s medical condition and compared her to Demi Moore in the film G.I. Jane.

After initially laughing, Smith’s reaction flipped and the red mist descended as he stormed onto the stage and took a massive swipe at Rock then repeated: “Keep my wife’s name out of your f—ing mouth.”

After Will Smith slaps Chris Rock it was his glazed look of fury that reminded me of Cantona’s meltdown all those years ago when that Crystal Palace yob allegedly insulted Eric with offensive comments about his mother.

While Cantona was severely punished with a nine month ban from football, a £20,000 fine and a suspended prison sentence, I hope Smith escapes any penalty whatsoever.

Like Cantona, Smith’s actions are being judged after being watched live by a global TV audience. But at this stage at least, it seems the actor will go unpunished because Chris Rock will not be pressing charges, the Los Angeles Police Department has said.

Meantime, I hope the focus can now switch to the powerful movie that tells the story of how tennis superstars Venus and Serena Williams became who they are after the coaching from their father Richard.