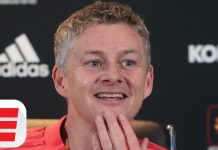 Goal machine Ian Wright enjoyed success with Crystal Palace before he became an Arsenal  legend, scoring 128 goals in 221 games for the Gunners.The England striker won 33 caps scoring nine times for the national side between 1991 and 1998. He also went on to play for West Ham United, Nottingham Forest (on loan), Celtic and Burnley. Since retiring from football, he has enjoyed a successful media career and regularly appears on TV, including appearing as a pundit on BBC’s Match of The Day.