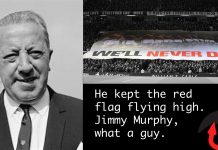 The painful truth is that Manchester United got exactly what they deserved when they crashed out of the Champions League with a 2-1 defeat in Basel tonight.

Without a single win against the Swiss or Group winners Benfica, the harsh reality is that United were simply not good enough to reach the knockout stages for only the third time in 17 seasons. But fans must not forget that this is a young team in transition and there is still plenty to play for.

With neighbours City also crashing out despite beating their Group winners Bayern Munich, the Manchester rivals have both been condemned to Thursday nights in the Europa League. That is the real punishment because it is a competition without genuine status – and yet it is a piece of silverware that can not be ignored.

While City top of the Premier League, look a formidable challenge to United winning a record 20th League title and are third round opponents with home advantage in the FA Cup, there is much at stake for Sir Alex Ferguson’s men.

The worry is that United suffered more than embarrassment when they were trashed 6-1 at home to Roberto Mancini’s team. The Reds have lost the early season swagger that saw them brush aside Arsenal, Chelsea and Spurs. Injuries have not helped. But this is the time for United’s young stars to stand up and show what they are made of.

In contrast, there is no doubt City have an emerging team that is growing in confidence and stature despite their Champions League exit. United can no longer afford to dismiss their rivals as mere noisy neighbours. And the challenge from across the City will come sharply back into focus when the two teams next collide in the Cup in January.

John Gubba - 12th August 2020
0
Ask a Manchester United fan who is the greatest player of all time and there is a spectacular shortlist of football icons...