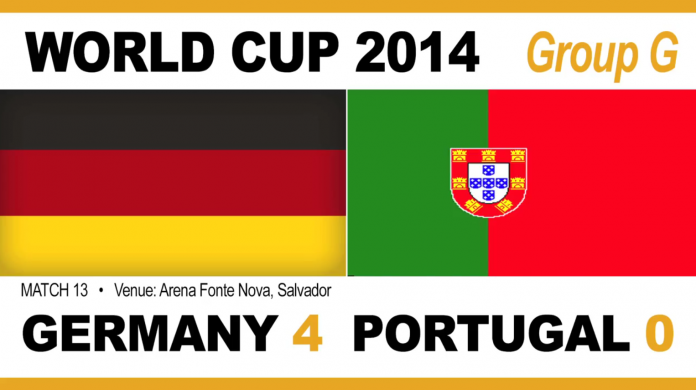 Six days gone at World Cup 2014 and pre-tournament favourites BRAZIL are struggling to live up to expectations . . . MEXICO the second team to expose Brazilian weaknesses.

A stand-out performance by Mexican goalkeeper Guillermo Ochoa was the highlight of a goal-less draw. Neymar gave everything in his efforts to lift the home nation who will need to find a new level if they’re to reach the final stages. It was a stalemate that could easily have resulted in Brazil losing a group match for only the second time in 44 years.

Meanwhile in the final round of opening matches, much fancied Belgium staged a thrilling second half fightback against Algeria.

BELGIUM 2-1 ALGERIA
Manchester United’s Marouane Fallaini came off the bench to land the equaliser. Fellow substitute Dries Mertens completed the comeback with a late winner.
It was Belgium’s first World Cup win since 2002.

KOREA 1-1 RUSSIA
In the other game in group H, a shocking mistake by the Russian goalkeeper Igor Akinfeev sparked another dramatic finish against South Korea.
Alexander Kerzhakof made it 1-1 for Fabio Capello’s men.

GROUP H TABLE + MUSIC
Belgium out in front at the top but this is a group that still looks wide open.

The big talking point on Day 5 of the World Cup in Brazil was Germany’s domination of Portugal. And Pepe’s red-card for his stupid attack on Thomas Muller.

The Germans were already leading 2-0 when Pepe destroyed Portugal’s hopes of topping Group G. Muller should have received a yellow card at least for his over-reaction to Pepe’s initial foul. But Pepe let his team-mates down badly. And Muller went on to score the first hat-trick of this World Cup.
Group G table
For Cristiano Ronaldo it was a humbling experience. The pressure now on the World’s No.1 player to rescue his team – defeat in the next match against the USA would mean an early exit for Portugal.

Meantime, who would bet against the Germans becoming the first European team to win a world cup in South America.