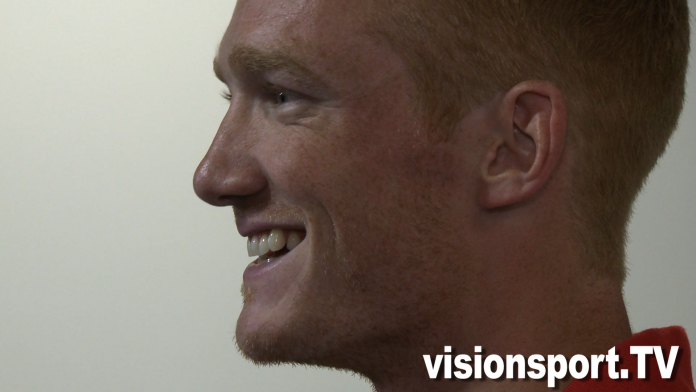 As Annie Lennox and the Eurythmics sang in one of my all-time favourite records: “Sweet dreams are made of this” and as Mo Farah poignantly declared after becoming Britain’s first ever winner of the Olympic 10,000 metres: “it’s never going to get better than this.”

Super Saturday at London 2012 has been the Greatest Day in Olympic history for Team GB – with Our Greatest Team delivering six glorious Gold medals and one silver.

The cauldron of noise at the Olympic Stadium was truly stupendous as Jessica Ennis, Greg Rutherford and Farah brought a phenomenal day to an unbelievable crescendo.

When poster girl Jessica Ennis, the face of London 2012, put herself into an unassailable lead in the heptathlon the stage was set for a special night of track and field. Watching Jess turn on the turbo chargers in her final event to surge across the line first in the 800 metres was an iconic moment for British athletics. It was the gold medal we had all hoped and prayed for, and when it finally arrived it was a moment to savour.

But that was only the start. When Greg Rutherford added an unexpected gold in the long jump minutes later we knew this was turning into something extraordinarily special.

“This is what I’ve dreamt of my entire life – and I get to do it in London,” said Rutherford who was besides himself with joy.

When Farah put the seal on the greatest night in British athletics history with gold in the 10,000 it was almost too good to be true.

The sight of Farah being joined on the track by his jubilant daughter and heavily pregnant wife was priceless. For anyone who loves sport this was the perfect end to a perfect day that began with two outstanding gold medals for our rowers

After the heroics of our rowers it was the turn of our cycling team – and a record breaking performance by the women’s team pursuit in the Velodrome that was quite simply out of  this world.

Britain’s cycling team have built on their outstanding success in Beijing to confirm Team GB’s status as the strongest in the world in a sport that has stolen the hearts of the nation.

Dani King, Laura Trott and Joanna Rowsell broke the world record in the semi-final and then broke it again final as they destroyed their American opponents in the 3,000 meters pursuit.

Remarkably the British trio have broken the world record on each of their last six competitive races. It was a truly memorable achievement and it was a joyous scene as Paul McCartney led the celebrations from high up in the stand by bowing down to the triumphant girls as joined in as the crowd sang Hey Jude.

“Unbelievable!” Trott shouted over the din. “Who would have expected a Beatle to be here? It’s not every day you can wave and blow a kiss at a Beatle!”

To anyone who questioned the merits of staging the Olympics in London the message is coming back loud and clear that this has been one of the greatest things ever to happen to Great Britain.

To quote one jubilant fan: “It just feels like London is the Capital of the world of the moment.”