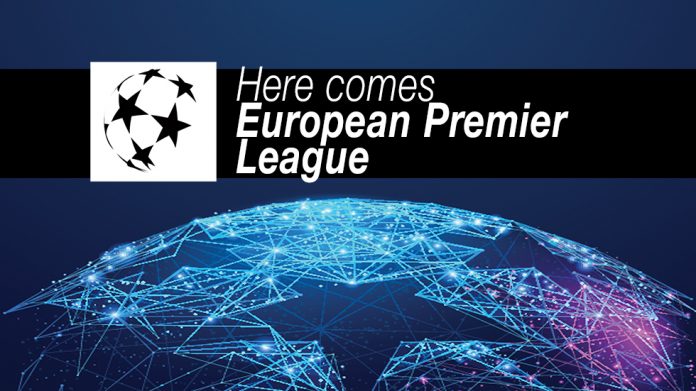 A week is a long time in football. Not just on the pitch, but off it too.

Like it or not, Project Big Picture focused our attention on the future of English football. And it is no coincidence that days later, the world is talking about the proposed advent of a European Super League in 2022.

According to Sky Television, this FIFA endorsed competition would be called the European Premier League.

Backed by Wall Street bank JP Morgan, who would debt finance the $6 billion launch, the League is a massive power grab that trumps everything proposed by Project Big Picture.

No surprise for guessing that the American billionaire owners of both Manchester United and Liverpool are right at the heart of the discussions.

It is exactly what former Manchester United hero Gordon Hill predicted when he came on my YouTube Channel on Friday to talk about the future of our game and told me:

“I know this has been talked about. It’s been on the drawing board. There is a Super League around the corner. And whether the supporters like it or whether they don’t, it is on the horizon. It is coming. And it’s not a long way away.”

They called him Merlin because he was a wizard on the wing. But this week it’s Gordon the fortune teller because the King of all Cockneys was bang on the money.

What is a surprise is that FIFA and not Europe’s governing body UEFA have swooped in with their bid to broker a deal with the world’s elite football clubs.

Knowing that American billionaires the Glazers, who control Manchester United, and Liverpool’s owner John Henry have lined up a US bank to finance the breakaway, it feels very much like the yanks are plotting an NFL style global league for soccer.

Football purists will recoil in horror at the possibility of a football franchise without promotion or relegation. That would be an extreme version of any new world order.

On the other hand, if managed, responsibly and within the structure of a pyramid that protects and guarantees football at all levels there is a scenario where change could suit everyone.

My fear is that ordinary fans who have made the beautiful game the most popular sport on the planet are not being considered. Preserving football history and culture is an essential element of any revolution in my humble opinion. And if we forget that we will be ripping the heart of the sport we love.

The danger of this covid pandemic is that armchair fans are getting used to watching matches without fans inside the stadium. We are already being exploited by excessively expensive pay per view matches, which kicked of with Manchester United’s match at Newcastle United on Saturday night.

The EPL’s Big 6 have already shown their hand when they wrote into the Project Big Picture proposal a clause carving out eight matches a season for pay per view.

“All Premier League clubs would have the exclusive rights to sell eight live games directly to fans outside the UK on their own digital platforms,” was the most revealing aspect of the Big Picture manifesto.

In my estimation, pursuit of global broadcasting rights and Pay PerView is ultimately why billionaire owners have been queuing up to take control of our biggest clubs for years.

How broadcasting rights would be shared out in any European Premier League will be a leading question. And how will UEFA counter that by making an expanded Champions League more attractive is going to be critical.

It will certainly be interesting to see how UEFA respond to protect their golden goose the Champions League, which would obviously be threatened by a rival European Premier League.

This all follows what is so far a failed attempt by the Glazers and Henry to leverage control of the English Premier League. It was predictable their attempt to lead a Big 6 grab for power by scrapping ‘one club, one vote’ would be firmly blocked last week.

The Big Picture proposal to reduce the English Premier League from 20 clubs to 18 would make it more feasible to fit in a European Super League or an expanded Champions League.

But Gordon Hill believes any new League would most likely sit above the EPL forcing Manchester United, Liverpool and any other Big 6 clubs who want to join the elite to choose.

“They’ve already got the Champions League so it’s just a carry on from that, but with 38 games. But United wouldn’t play in the EPL. They’d be playing in the Super League, the European Super League.”

However this all unravels, what remains unresolved is where the money will come from if the English game’s football pyramid is going to survive. The Premier League has the wealth to fund a short term solution.

But major changes are inevitable if all our lower League clubs are going to stay in business on a long term basis.

As always it’s ultimately the squabble over broadcasting rights and how the big clubs want to grow the pot and maximise their share that’s central to the whole debate.