Visionsport
Home 2018 After Tunisia, what odds now on Three Lions roaring to give England... 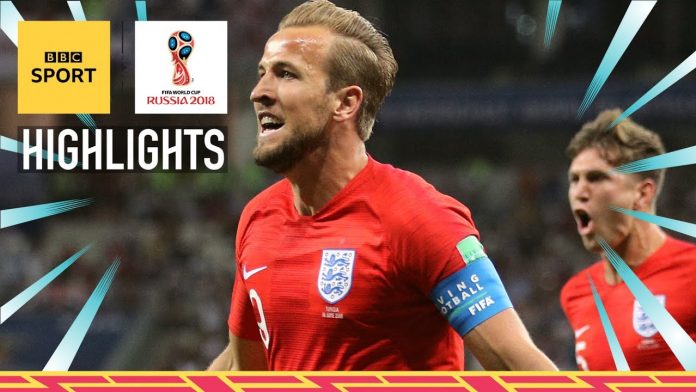 Back in 1966 when England won the World Cup Final at Wembley I was a six year old kid on holiday at my grandmother’s in Malta.

I barely remember the match itself, only the euphoria of England winning. And I immediately grabbed a football and ran outside for a kick-about with the locals.

Four years later when England finally succumbed 3-2 to West Germany in the most dramatic of quarter finals after Sir Alf Ramsey inexplicably substituted Bobby Charlton I was devastated.

For the rest of the 20th century and beyond my patience with England wore thin as one disaster after another turned following the Three Lions into a badge of embarrassment.

Don Revie, Ron Greenwood, Graham Taylor, Kevin Keegan, Glenn Hoddle, Sven-Göran Eriksson, Fabio Capello, Steve McLaren, Roy Hodgson, Sam Allardyce. Take your pick on which of these embarrassed England the most. Excluding caretaker managers, only Bobby Robson and Terry Venables can be remembered positively from the succession of managers who have taken charge of the Three Lions since World Cup winner Sir Alf Ramsey fell on his sword in 1974.

After the heartbreaking failures of 1998 when wonder kid Michael Owen performed heroically to stun Argentina with one of the great World Cup goals before David Beckham crucially saw red, followed by the subsequent years of that wasted golden generation that ended in failure in Germany 2006, hope turned to indifference.

When Roy Hodgson’s team flopped so abysmally at Brazil 2014, hope and expectation had turned full circle to embarrassment and anger.

That’s why my youthful expectation has been replaced by a more mature desire for England to simply restore lost pride.

I really don’t care if England win FIFA World Cup 2018 in Russia. That would be an unrealistic fairytale that we have no right to suggest could even be conceivable.

The passion of my love affair with England burnt out a long time ago. My lifelong love has always been and always will be Manchester United. England will forever be a casual affair. But as a football romantic there is a secret desire to once again flirt with my boyhood crush

As a professional filmmaker and writer who has made a successful career and business out of my association with the beautiful game, I would love to see England’s footballers unite the nation once again.

The truth is that in Gareth Southgate, the English FA have stumbled on a manager who has laid promising foundations for genuine hope.

There is no expectation that England will win the World Cup, but tantalisingly there is a chance to restore our nation’s battered self confidence and self respect on the world stage.

The last time we did ourselves justice at the greatest show on earth was Italia 90 when Bobby Robson guided Gazza, Shearer, Lineker and the rest to the narrowest of semi final defeats by Germany on penalties.

With a new and refreshing emphasis on younger players rather than over indulged superstars, Southgate has given England the aura of a unified group with a club style spirit.

You only have to look at the achievements of mighty minnows Iceland who held Lionel Messi’s Argentina on Saturday and the desire of Mexico who yesterday conquered defending champions Germany to see what can be achieved when you have the right team spirit and no fear of failure.

England have an emerging team spirit that augurs well. Add to that the goal-scoring genius of skipper Harry Kane, the raw and exciting talent of young guns like Jesse Lingard, Marcus Rashford, Dele Alli and John Stones, and suddenly there is a new vision after years of heartbreak for the Three Lions.

For the first time since Terry Venables gave England a swagger at Euro 96, I believe we have a squad with the right mind set, positive but realistic preparation and a genuine sense of purpose to make an impact.

Ironically it was current manager Southgate who became one of the villains of that swashbuckling team that failed in yet another semi final shoot out against the Germans.

How delicious would it be if Southgate can finally make amends for his woeful penalty miss that fateful day at Wembley by restoring the long lost pride of our national team.

As I said earlier I’m not watching this World Cup expecting England to triumph. But I have a dream that Gareth’s boys can re ignite our love affair with our national sport.

We have already experienced a wonderfully entertaining start to the FIFA World Cup 2018. And Kane’s dramatic late winner tonight to give England a much deserved 2-1 win after a harsh penalty had cancelled out his early opener is a massive boost to morale. Now what are the odds on England not only progressing deep into this tournament but doing it in style?