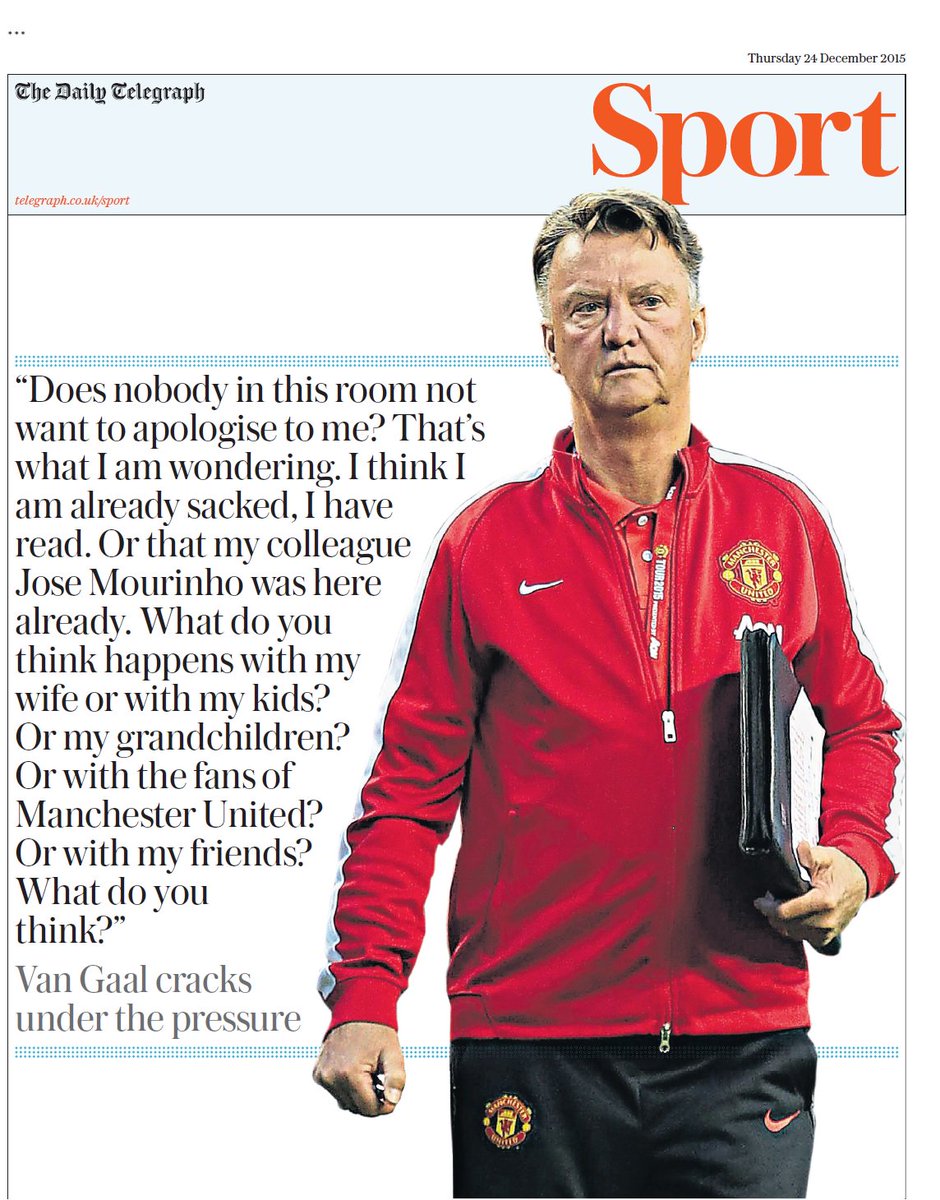 The truth is the media want Louis van Gaal to fail. They also want Jose Mourinho to be the next Manchester United manager. It suits their agenda. But the media do not care whether or not that is right for the club. They do not even care if they get the facts rights. They know that if they repeat something enough times most people will be brainwashed into thinking they are reporting the facts. The media also know they can influence events by manipulating public opinion and effectively campaigning for their preferred scenario.

Many in the media are desperate for Pep Guardiola to become the next manager at Manchester City, because that is what they have reported. But the truth is the media are guessing and do not know what is going on. They are feeding off scraps provided by agents who make a living by manipulating the media and promoting what they want to happen. So basically we are talking about spin, speculation and so-called media experts who make up so many stories that eventually they will get one right. The bottom line is that media is a business and their primary motivation is making money rather than reporting the facts. Why report the boring truth when the fiction is more intriguing?

Right now, there are so many journalists across all forms of media praying that Chelsea beat Manchester United at Old Trafford today that they have already convinced themselves this is what is going to happen. Based on recent form the odds are that United will make it eight straight matches without a win. And a fifth straight defeat would potentially be a career ending result for LVG.

That is what the media want. They want blood. Because the media thrive on conflict. They thrive on building people up and then knocking them down. And the bigger they are, not only the harder they fall, the more sensational the headlines. That is what the media love. Sensational headlines. Whether or not those headlines are fact or fiction. And LVG, they have universally decided, is fair game because he had the audacity to call them out for not sticking to the facts.

Yes of course, everyone knows that the Manchester United manager will eventually lose his job if his team keep losing. But what if . . .

What if United come out fighting this evening and put the pressure back on Chelsea with a win that sends the Blues into the New Year facing a genuine relegation battle? Will that deflect the media pack away from Old Trafford and back to Stamford Bridge. Or are the media so obsessed with getting their own way that they will not rest until they get the result they demand.

I have personally advocated for some time that United do all in their power to appoint Guardiola as van Gaal’s successor when he becomes available in the summer. But I do object to the undue pressure the media put on football managers, and players alike, by magnifying losses and the insecurities of fans.

There is no doubt that a negative media spotlight does make it more difficult for those in the spotlight to recover. We only have to look at the way a few poor results for defencing champions Chelsea spiralled out of control and their decline accelerated as the media spotlight intensified on beleaguered boss Mourinho.

Does anyone believe that a team and their manager who were champions seven months ago would not become winners again if Mourinho had been given more time? The mere fact that Mourinho is being touted as the next manager of Manchester United by so many is confirmation that he is a winner, who should never have been sacked by Chelsea.