Visionsport
Home 2014 With alarm bells ringing for Premier League, it is not just Man... 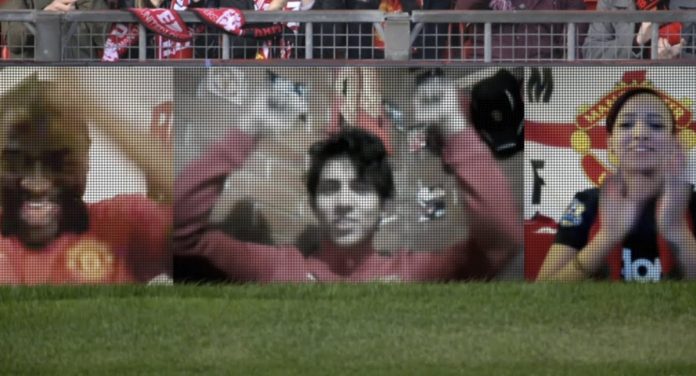 Rivals Chelsea, Manchester City and Liverpool may be enjoying the first season of the Premier League without Sir Alex Ferguson dictating the agenda at Old Trafford. But the fear is that David Moyes’ failure to keep the red flag flying high is not simply hurting Manchester United – it is damaging the world’s richest league.

This season’s unprecedented decline of Manchester United has already affected the Premier League’s global brand to such an extent that chief executive Richard Scudamore has warned fans around the world will switch off if Moyes fails to stop the rot. And it is the financial implications that will ultimately focus the attention of United’s owners the Glazers when they decide what direction to take in the summer.

While fans of other clubs may be enjoying the champions’ meek surrender of the Premier League title, the alarm bells are ringing loud and clear for the League’s administrators who fear the financial consequences if United’s slump continues. That puts the spotlight on the Glazers, who – whatever the fate of Moyes –  must soon decide whether to invest many millions on a huge rebuilding programme. The alternative will be to check out and sell the club to someone with deeper pockets or risk damaging the value of their asset.

The cost of United’s worst ever season in the Premier League is already being counted.  Speaking in South Africa on a promotional tour, Scudamore conceded that the global popularity of the Premier League will wane if United continue to toil. “It’s a double-edged sword. When your most popular club isn’t doing as well, that costs you interest and audience in some places,” declared Scudamore. “There’s lots of fans around the world who wish Manchester United were winning it again, but you have to balance that off against, generally, we’re in the business of putting on a competition and competition means people can compete.”

The English champions are currently seventh in the table, 18 points adrift of leaders Chelsea and facing the prospect of no European involvement next season, unless Moyes can rally his troops to knock out the holders Bayern Munich in the quarter finals of the Champions League and then go on to win the competition.

On current form there is more chance of Ferguson coming out of retirement to take over as England manager at this summer’s World Cup. Nothing short of such a miraculous turnaround by a United team embarrassed by biggest rivals Liverpool and Manchester City in the past fortnight, will persuade the doubters that Moyes was right to be appointed the Chosen One.

Meantime, Moyes faces the first public show of discontent by fans at Old Trafford on Saturday with a group of fans planning to fly a plane over the stadium during United’s match with Aston Villa trailing a banner: ‘Wrong One – Moyes Out’. Such is the groundswell of anger and disappointment circulating the Theatre of Dreams that even Sir Alex Ferguson will not be exempt from criticism if United take too long to re-discover a winning formula.

And it is not just about winning, as Sam Allardyce is discovering at West Ham, where fans booed the Hammers after they beat Hull City because they are tired of the boring style of play being served up at Upton Park. The Academy of Football was built on playing the beautiful game the right way – and the same rules apply at Manchester United. where fans will not tolerate mediocre football whatever the results.

Moyes is without doubt a talented football manager. He proved that at Everton and impressed the greatest British football manager of all time when he was anointed by Sir Alex as his successor. The immediate problem he now faces is time. How much time will he be given to re-build and find a winning formula? But there is another factor that may ultimately prove even more decisive – and that is money. When it comes to the crunch how much are the owners prepared to  gamble on Moyes getting it right.

Do they stick with blind faith in Moyes and back him to the hilt? Do they start again with another candidate, or do they cut their losses now and sell out to the highest bidder? How well United fare in the upcoming Champions League showdown with Bayern will inevitably have a big influence on how the club’s owners view both the question of time and money for their current manager.

As a fan old enough to remember the chaos that followed when Sir Matt Busby retired, I know that if United get it wrong we could be waiting another 26 years to get back to the top of the English game.  And that is a doomsday scenario that would change the football world as we know it. You only have to look at how long it has been since Liverpool last won a League title to see that reputation counts for nothing when you want to be the best.

Personally I have backed Moyes from the start and would still love to see him deliver. But there has to be some positive sign that he has the strength of character to learn quickly from his mistakes. So far United’s resolve to stick with their man has been tested well beyond anyone’s expectations and yet the support he has received is impossible to imagine at any other top club in the Premier League.

Is it really Mission impossible?

With the Champions League quarter-final against Bayern looming many are predicting humiliation at the hands of the European champions. But wouldn’t you just love it if  Moyes can mastermind Mission Impossible and defy the odds. All logic suggests it won’t happen and if it ends badly, as even the bookmakers suggest, the media and the accountants will turn up the heat on United’s manager. And yet . . .  being the eternal optimist I can’t help thinking that football has a habit of turning up a surprise performance when you least expect it!