Visionsport
Home Blog Captain Rooney, Goldenballs on bench and Rio at the back spells a... 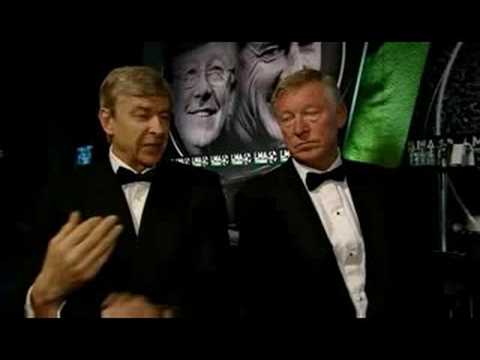 Let’s be honest. It is hard to tackle Gary Lineker’s defeatist attitude when he declares: “England do not have an earthly of winning the World Cup.”

So how about thinking outside the box and doing something radical. Cue the professor of football, Frenchman Arsene Wenger, who champions the idea of building the national team around the country’s most successful team. Add the influence of England’s most loyal servant David Beckham, the leadership and vision of Wayne Rooney, the panache and style of the world’s best footballing defender Rio Ferdinand and the new crop of kids from Old Trafford.

In other words let’s build the next England team around Manchester United – past and present – and put Wenger in charge to see if he can turn his vision into reality with the help of players who still know how to win trophies. No.2 Gary Neville will make sure the Frenchman does not neglect his defence – and Roy Hodgson can be the player liaison officer. During matches he can sit with the suits. Just don’t ask him to make any team talks because his Plan B is the same as his Plan A

Much that I admire Steven Gerrard, his leadership in Montenegro was undermined by a performance littered with sloppy mistakes. Like Frank Lampard his best days are behind him. But these golden oldies have an important supporting role to play on the bench along with Mr Golden Balls himself David Beckham.

Becks is back in the frontline with Champions League quarter-finalists Paris St-Germain. He’s the only English player still in the competition. And Carlo Ancelotti has made it clear he still thinks Beckham can deliver at the highest level by offering him another season’s contract that will take him up to the FIFA World Cup in Brazil.

Let’s remind Stuart Pearce what an idiot he was by leaving the former Manchester United star out of his Team GB squad for London 2012 and make him Wenger’s assistant player-manager. We all know that Wenger loves Becks and he struck up a friendship with the Essex boy when he invited him to train with Arsenal.

Becks is an admirer of England’s great Arsenal protege Jack Wilshere having watched him at close quarters in training. He knows the boy will be magical supporting frontmen Rooney and Danny Welbeck, in a midfield surrounded by Ashley Young, Tom Cleverly and Michael Carrick, the most consistent performer at Old Trafford this season.

Everyone can see that Chris Smalling and Phil Jones are the future rocks at the back for England and even Roy Hodgson admits he got it wrong backing John Terry instead of Ferdinand. So how about Ferdinand and Smalling as centre backs with Jones pushing forward from the rightback berth. That leaves a space for Ashley Cole on the left. I am sure he can kiss and make up with his old pal Rio. Even the Chelsea man must have seen the tongue-in-cheek humour of that choc ice twitter jibe.

The goalkeeper has to be Joe Hart- an advocate of a United Manchester and good friends with Ferdinand and other players at Old Trafford – so there is no reason he will not fit into a United England. Former Reds keeper Ben Foster, meanwhile, is an outstanding deputy for the No.1 shirt.

So who will the captain be? I thought that was obvious. Rooney will revel in the role. Judging by the way he is starting to find his form again for England and the confidence boost he will receive from such a vote of confidence will bring out the best of a player yet to fulfil his true potential on the world stage.

It may be April Fool’s Day, but am I really joking here? Think about this formation and you tell me . . .