Visionsport
Home 2012 Best of British: For your next sports production pick a winning team... 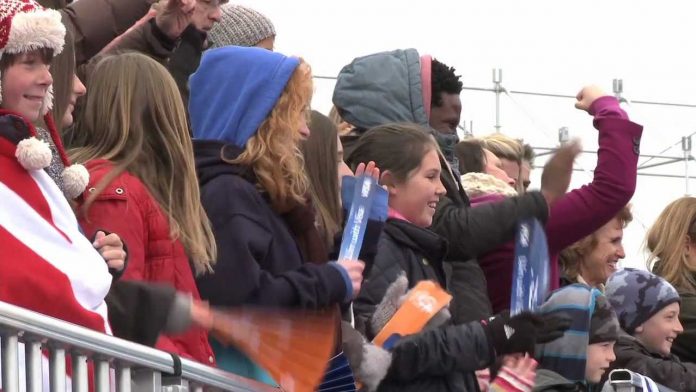 Calling all sports organisations: VISIONSPORT.TV have produced a promotional film featuring role-models like Ben Ainslie that will help inspire the next generation

In 2005, during the bidding process for the 2012 Olympics, Lord Coe proclaimed: “London’s vision is to reach young people all around the world. To connect them with the inspirational power of the Games. So they are inspired to choose sport.”

Seven years later, as we bask in the glory of arguably the greatest Games ever, and the nation considers what the legacy will be for London 2012, there has never been a better time for all sports to promote themselves and get the public taking part.

With so many role-models among Team GB’s medal winners there is no lack of sports men and women to be inspired by. And the early signs are encouraging that success at the Games will result in increased participation of sport across the board.

Here at VISIONSPORT.TV we are aiming to do our bit by producing inspirational sports videos and documentaries. And we hope to hear from sporting bodies across Britain who want us to help them by producing dynamic content to promote their sport.

To get the ball rolling we have produced a short promotional film featuring some of Team GB’s brilliant medal winners.

Hopefully watching this video will not only inspire people of all ages to take part in sport, but encourage administrators who can build on the success of London 2012 to get in touch and hire our winning team.