Visionsport
Home 2011 How many times do we have to tell FIFA football in the... 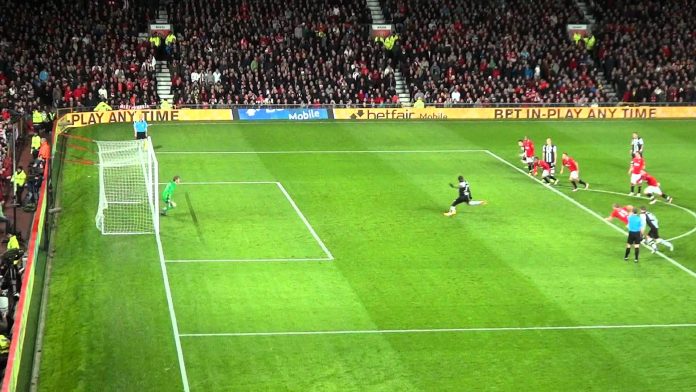 When the officials at Old Trafford got it so blatantly wrong and awarded Newcastle United a match-saving penalty that robbed Manchester United of two points this afternoon, it was simply the latest example of a refereeing blunder that has decided the outcome of a football game.

For FIFA or anyone else to argue that football will be losing some of its appeal by introducing video replays to determine crucial decisions is living in the dark ages.

How can it be right in the 21st century that everyone in the world knows the referee and his assistants have got it horribly wrong and the result has been determined by a mistake by the match officials.

As Sir Alex Ferguson pointed out “everyone in the stadium knew it was not a penalty” when Rio Ferdinand was wrongly punished for a perfectly good tackle on Hatem Ben Arfa.

Following the match for Sky Sports News Matt Le Tissier burst into laughter live on air when the spot kick was awarded saying “I don’t need to see a replay of that one. No way was that a penalty. It was a perfectly good tackle by Ferdinand.”

Demba Ba clinically converted the spot kick to cancel out the opening goal by Javier Hernandez and Newcastle bravely held on for a point after going down to 10-men when Jonas Gutierrez was red-carded thanks largely to a brilliant display by goalkeeper Tim Krul. But the match only ended in a draw because the officials got it wrong.

Not only do such decisions destroy the integrity of the competition, it is short-changing the fans who have paid good money to watch what is supposed to be a sporting event and the injustice just gives the watching television audience the evidence it needs that football authorities do not know what they are doing.