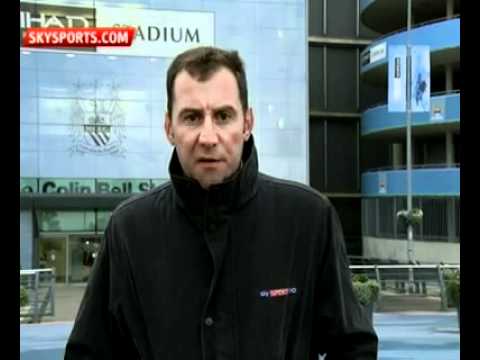 Maybe Manchester City chief executive Garry Cook was the victim of a hacker who sent a poisonous email to the mother of defender Nedum Onuoha mocking her battle against cancer – it is hard to believe that even a fool could be so stupid and unforgivably callous. Who knows? Cynics may suspect a cover-up when some anonymous minion is booted out as the scape goat.

What is puzzling is why on earth has the richest club on the planet exposed themselves to ridicule for so long by keeping their accident prone CEO in the top job despite a never-ending series of gaffes. The truth is everyone in football knows Cook is a buffoon.

Cook has been a talking disaster for City ever since he was appointed back in 2008 and went public with  a glowing character reference for  Thaksin Shinawatra, the club’s former owner who was accused in Thailand of corruption and later found guilty in court. A year later Cook admitted: ‘I have made some mistakes in my life, but I deeply regretted my failure to do proper research on Thaksin.’

There have been countless embarrassing blunders ever since.  Richard Dunne, who was City captain at the time and had been player of the year for the previous four seasons, was insulted when Cook declared: ‘China and India are gagging for football content to watch and we’re going to tell them that City is their content. We need a superstar to get through that door. Richard Dunne doesn’t roll off the tongue in Beijing.’

At the Official Supporters Club 60th Anniversary dinner, all Cook had to do was introduce Uwe Rosler, the German forward who scored 50 league goals for the club. But the blundering half-wit was booed off stage when he announced: ‘I’d like to welcome Uwe Rosler into the Manchester United Hall of Fame.’

Who will ever forget his pathetic jibe at AC Milan when he failed to sign Kaka despite offering £100million and sulked: ‘The player was clearly for sale. We had entered into a confidentiality agreement weeks ago but, in my personal opinion, Milan bottled it.’
At a club where there is no margin for error if you are a manager or player, how Cook the king of the cock-ups has lasted so long is a mystery.