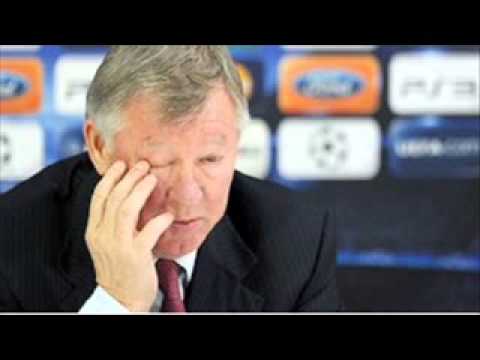 How ridiculous that Manchester United manager Sir Alex Ferguson has been charged with improper conduct by the Football Association for making positive comments about referee Howard Webb.

Two days before last weekend’s Premier League title showdown with Chelsea which United won 2-1  Fergie said: “We are getting the best referee, there is no doubt about that.”

The United boss – who also said that getting a bad decision ” is definitely our big fear” – added: “We have the players to do it all right. We just hope it’s our turn for a little bit of luck.” As it turned out Webb made a series of bad decisions in Chelsea’s favour in the Old Trafford crunch match – failing to award a couple of blatant penalties – but United still got the win they needed to put them within a point of a record 19th title. The problem is that Fergie contravened the rule which states no manager should speak about a referee in advance of a match being played.

Meanwhile, Webb’s impartiality has again been called into question by the posting of a controversial video on YouTube.

Ryan Babel started a myth that Webb was a Manchester United fan earlier in the season following United’s 1-0 FA Cup win over Liverpool. But the opposite could be argued after watching the YouTube video from a referee’s convention in 2009 when Webb was caught singing the Liverpool Anthem ‘You’ll Never Walk Alone.” OK it was only a bit of fun. But Webb should have known how this will be interpreted by football fans who look for any excuse to blame the ref.

In my opinion Webb is still the best referee in England because he makes less big mistakes than other officials. And any punishment of Ferguson over his comments will smack of an FA vendetta against the United boss, who only recently returned to the dug-out after a five-game ban and £30,000 fine for his criticism of referee Martin Atkinson following a 2-1 defeat at Chelsea in March.

The FA charge comes a day before United’s trip to relegation-battling Blackburn as Ferguson’s side aim to wrap up the Premier League title before they play in the Champions League final on 28 May.

UPDATE – 17 MAY 2011: The Football Association decide there will be no punishment and warn Sir Alex Ferguson over his future conduct.  “It was a minor breach, but a breach nevertheless,” said an FA statement.