Visionsport
Home 2011 FA have got it wrong: touchline ban for Fergie is punishment for... 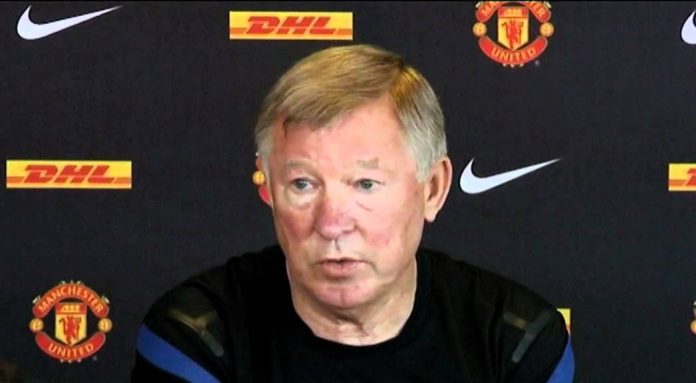 THE PUBLIC debate over Sir Alex Ferguson’s five match touchline ban has been fascinating. the anti-Manchester United brigade on one side and the realists on the other. But the fact remains that Fergie was only telling the truth. And his defiance is actually for the good of the game.

Sir Alex has been harshly punished for critcising referee Martin Atkinson over a diabolical performance that cost United defeat by Chelsea in one of the biggest matches of the season. As the Boss says, football is the only industry where you get punished for telling the truth.

It is disappointing to hear influential journalists like Henry Winter of the Telegraph declare that Fergie has been ‘let off lightly’. Former Chelsea midfielder turned pundit Andy Townsend told ITV viewers United’s manager has ‘crossed the line.” And football phone-ins have been full of so-called experts declaring the 5-match ban is fair enough for doubting the referee’s integrity.

But football owes Sir Alex a debt of gratitude for challenging the outdated rule that the referee’s decision must not be questioned. Why on earth not? As I have said before, in this modern age football is a laughing stock when the watching world can instantly see the match officials have made a gross misjudgmenet.

Ferguson swiftly apologised to clarify that he was not questioning the referee’s integrity. Surely Ferguson and any other manager in the game is entitled to state his opinion when he believes the referee has made a mistake – as Arsene Wenger did when Rob Van Persie was disgracefully sent off in Barcelona and Avram Grant did at the weekend after West Ham’s FA Cup defeat at Stoke.

Both Wenger and Grant are now in the dock and facing punishment (which if football’s governing bodies are going to be consistent will be similarly severe, but that is another story!). But Ferguson, Wenger, Grant and the countless other managers who criticize referees are not doing anything unlawful.

This is 21st Century Britain where we pride ourselves on freedom of speech and fair play. What the Football Association should be tackling is how to improve refereeing standards and introduce technology to make the game fairer for all.

Rival football fans often ridicule Sir Alex for pointing to his watch and insisting that injury time is added at the end of matches. But they all have  United’s manager to thank because he is largely responsible for the official introduction of injury time being announced at the end of all matches. And that is far better than the old system when no-one knew how much time would be added on.

Hopefully one day the game will find a way of stamping out bad refereeing decisions and not take the easy option of punishing a manager for telling the truth.

As former manager Kevin Blackwell said on BBC Radio this morning: Fergie was right and if he is being honest even Martin Atkinson will admit he made bad decisions in the Chelsea match.